Focus on the good 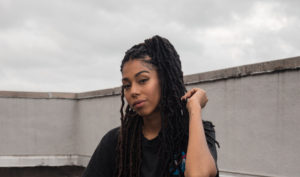 The term “abortion” is used as a broad descriptor for the choice to end a pregnancy. However, abortions come in many shapes and sizes and women considering this pregnancy option should take time to understand each type of abortion, how they work, and the side-effects and risks they might encounter with each. Below is more information about different types of abortion.

How does the abortion pill work?

The abortion pill is a means of ending a pregnancy within the first 10 weeks of gestation. The chemical process uses two drugs, Mifepristone, and Misoprostol. Mifepristone is administered at an abortion clinic or doctor’s office and stops the production of progesterone, a hormone the body naturally produces to support the growing pregnancy. Once the pregnancy is ended, the second drug, Misoprostol is taken to start contractions and expel the pregnancy from the uterus.

While the process of medical abortion is started in a doctor’s office, it is typically completed at home and is a similar process to an early miscarriage. Women can expect to pass large blood clots of pregnancy tissue, sometimes the size of a lemon.

Are there any side effects and risks of the abortion pill?

The abortion pill can result in the following side-effects:

In addition to these less serious side-effects, women considering abortion should educate themselves on the potential risks that may accompany the abortion pill.

One of the more serious risks of the abortion pill is associated with “incomplete abortions.” This serious condition occurs when Misoprostol does not fully expel the pregnancy from the uterus. If left untreated, an incomplete abortion can lead to septic shock and infection.

The risks related to the abortion pill are more than just physical risks. Women who have undergone medical abortions report experiencing severe emotional and mental trauma that lasts for years past the procedure.1

How do surgical abortions work?

Unlike the abortion pill, surgical abortions can be performed at any point of the pregnancy up until 24 weeks.

Below are the various types of surgical abortion…

D&C abortions can be performed within the first 12 weeks of pregnancy. In this type of abortion, the cervix is slowly dilated and a curettage tool is used to scrape the pregnancy tissue from the uterus.

This process is similar to the D&C procedure but can be performed up until the 14th week of gestation. Instead of using a scraping method for the entire procedure, the abortion doctor will initially use a suction device to pull the pregnancy tissue apart and extract it from the uterus. Once the tissue is removed, the doctor will go back in and scrape the uterus to ensure nothing is left.

This procedure is similar to the process of a D&C abortion, only at this point in the pregnancy — between 13 and 24 weeks — the fetus is too large to be suctioned out of the uterus. The abortion doctor will dilate the cervix and use forceps to break apart the fetal tissue and bones. Once the pregnancy is ended, the doctor will use a scraping method to empty the uterus.

At this point in the pregnancy, the fetus is too developed to be suctioned out or broken apart. In late-term abortions, a doctor injects the fetus to cause fetal demise. They will then stretch the uterus to drain and remove the amniotic sac. The abortion will then be completed with a similar process to that of a D&E abortion.

What are the side effects and risks of surgical abortions?

Before you schedule an appointment for an abortion, you’ll want to take advantage of the free services provided at BCPC, including pregnancy tests, free ultrasound referrals, options counseling, and physical resources.

Here at Boston Pregnancy Center, we provide women with no-cost, high-quality pregnancy services, and a safe space to make an informed and empowered decision for themselves and their futures.