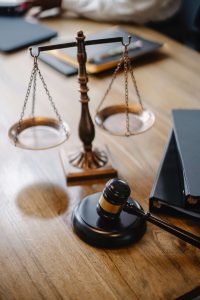 If you are facing an unplanned pregnancy, you may be concerned that your options are now more limited with the overturning of Roe v. Wade. Some women are worried they may have to travel out of state as they try to figure out how this ruling by the Supreme Court affects them locally.

Abortion access is protected for up to 24 weeks in the state of Massachusetts. Read this article to learn more about how the recent overruling of Roe v. Wade has impacted states and important health screening steps to take if you are considering an abortion.

What Does it Mean that Roe v. Wade was Overturned?

In 1973, the Supreme Court ruled and handed down the Roe v. Wade decision. In it, the Court established abortion as a federally-protected right based on the right to privacy clause in the Constitution.

This ruling was recently revisited in June 2022 in the Dobbs vs. Jackson Women’s Health case, and the current Supreme Court ruled that the original argument for Roe lacked credibility.

But just because they struck down Roe doesn’t mean that abortion is illegal in all 50 states. It simply gives the authority to legislate abortion back to the individual states.

What are Massachusetts’ Current Laws on Abortion?

Abortion is currently legal in the state of Massachusetts up to the point of viability (about 24 weeks). Exceptions apply if the woman’s mental or physical health is at risk. Other abortion restrictions include:

What Should I Do If I am Considering an Abortion?

If you think abortion is the best solution for you, a wise first step is to schedule an ultrasound so you can verify the viability, location, and gestational age of the pregnancy.

Ectopic pregnancies are another factor to consider as they occur in as many as 1 in 50 pregnancies. Also, up to 20% of known pregnancies end in natural miscarriage and, as such, abortion may not always be an option. An ultrasound can confirm the viability of the pregnancy so that you can move forward with confidence.

Our center offers no-cost ultrasound referrals, so contact us today to schedule your appointment!