Today is a new day 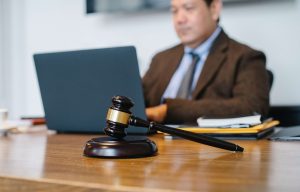 If you are finding yourself with an unexpected pregnancy, you are likely wondering what abortion access looks like in your state now that Roe v. Wade has been overturned.

Abortion is legal in the state of Massachusetts for up to 24 weeks of being pregnant.

How Does Roe v. Wade Affect Abortion Access Across the United States?

In 1973, the Supreme Court ruled in Roe v. Wade that abortion was a right founded in the U.S. Constitution as a part of an individual’s right to privacy. This granted abortion the status of a federally protected right.

When this ruling was re-examined by the Supreme Court in June 2022, they found that this argument could not be proven and they struck down the ruling. This removed the legal protection of abortion as a federal right.

Some states had already arranged their abortion laws in their own state constitutions, while others had laws ready to be reinforced to restrict abortion access in the event that Roe was ever overturned.

After the ruling, the authority was returned to each state to determine the status of its own abortion access and allowed them to use their own legislative or policy-making processes.

What Does This Mean for Massachusetts?

In 2021, it was ruled that abortion was included in the constitution of each state. As such, abortion remains legal in Massachusetts up to 24 weeks of pregnancy. There are exceptions allowed later in the pregnancy, including if the pregnancy poses a risk to the physical or mental health of the woman.

What to Do if You Are Considering Abortion

If you are considering an abortion, the best next step is to schedule an ultrasound scan. An ultrasound can give you information on your pregnancy’s health. It can tell you if your pregnancy is viable and progressing, and whether or not it’s ectopic. It will also tell you how far along you are (gestational age of pregnancy).

Knowing how far along you are may help you to determine your options. The FDA has only approved medical abortion through the first ten weeks of pregnancy. After this time period,  a surgical abortion might be recommended by an abortion provider instead.

In order to help you make your decision, we offer free pregnancy tests and ultrasound referrals to women who visit our center. All of our services are provided at no cost to you. We want to support you during this time.

Our compassionate staff is available to answer any questions you may have. Reach out to us today!

Note: As a center, we provide abortion procedure, risk, and counseling information to help you make an informed decision, yet we do not provide referrals for abortion.  We would welcome the opportunity to discuss your pregnancy options with you further.